Amit Chaudhuri is a classical singer in the Hindustani tradition. His mother was Bijoya Chaudhuri, the renowned exponent of Rabindrasangeet.

Chaudhuri started out as a singer-songwriter in American folk tradition – what he refers to as his ‘Canadian singer-songwriter’ period. The songs he wrote and performed (largely for All India Radio, Bombay) between the ages of sixteen and twenty have now been collected in the album Seventeen (Songs: All Radio Broadcasts and Recordings 1978-82).

He began to learn khayal and the art of classical vocal music from the late Pandit Govind Jaipurwale (1944-88) in 1978 in Bombay. Amit Chaudhuri is one of the very few living exponents of the very rare and complex style of the Kunwar Shyam gharana, known for its meend-based, nuanced alaap and its intricate taankari and layakari. He was Pandit Govind Prasad Jaipurwale’s principal student in khayal, and was learnt many of the compositions of his father Pandit Laxman Prasad Jaipurwale (1915-77) and the gharana’s figurehead Kunwar Shyam (1850-1910)from him.

Later, in Calcutta, from 1992 onwards, Pandit A Kanan shared traditional compositions with him. Of his classical performances, the novelist Vikram Seth has said:

Amit Chaudhuri has sung in Calcutta twice at the Rajya Sangeet Academy annual conference, at the Dover Lane Music Circle and the Dover Lane Music Conference, the Ramakrishna Mission (his performance is shown regularly on Doordarshan), twice at the Sangeet Research Academy, at the Bhowanipore Sangeet Samellan, and various other venues over the last thirty years. In Bombay, he has sung khayal at the National Centre of Performing Arts, the Nehru Centre, the Kala Ghoda festival, and other places. In Delhi, he performed khayal twice at the India International Centre and once at the India Habitat Centre, besides other locations; in London, twice at the Nehru Centre, and at the Bharatiya Vidya Bhavan; besides these cities, he has sung khayal at the Pune Film Institute, at Columbia University in New York, at San Francisco, and at Oxford University.

HMV released two recordings of his classical singing, one of which was re-released by Saregama as the CD, Classics of the Kunwar Shyam Gharana. Bihaan Music recently released Amit Chaudhuri’s The Art of the Khayal.

In 2018, he received the West Bengal government’s Sangeet Samman for outstanding contribution to classical music.

Finding the Raga, his book on his relationship to Hindustani classical music, was published in April 2021

‘After Rabindranath Tagore and Satyajit Ray, Bengal has thrown up another multi-disciplinary talent – novelist Amit Chaudhuri. Chaudhuri’s boyish charm may match the subtle elusiveness of his prose but is out of character with the commanding bass of his voice and the lightning taan, delivered with the energy one would associate with only a handful of maestros.’

‘The artiste is truly gifted with a fabulous voice. He also has a sense of rhythm, which he amply demonstrated… He faithfully presented all the nuances his gharana his famous for.’

‘Chaudhuri is a wonderful singer – without any qualification such as “considering his distinction as a writer”. There is a sense of calm, a simplicity, an inwardness to his singing which deeply appeals to me.’

In 2004, Chaudhuri conceptualized a project in experimental music which he called, at first, ‘This is Not Fusion. After the debut performance of this music at London's legendary jazz club, the Vortex, David Mossman, founder of the Vortex, said: 'I’ve been working with everyone in jazz for the last twenty years, from Nigel Kennedy to Jamie Cullum. Amit Chaudhuri’s music is one of the most important projects I’ve heard.  His first CD of experimental music, This Is Not Fusion, was released in Britain on the award-winning independent jazz label, Babel Label. His second CD, Found Music, came out in October 2010. It was an allaboutjazz.com Editor’s Choice of 2010. 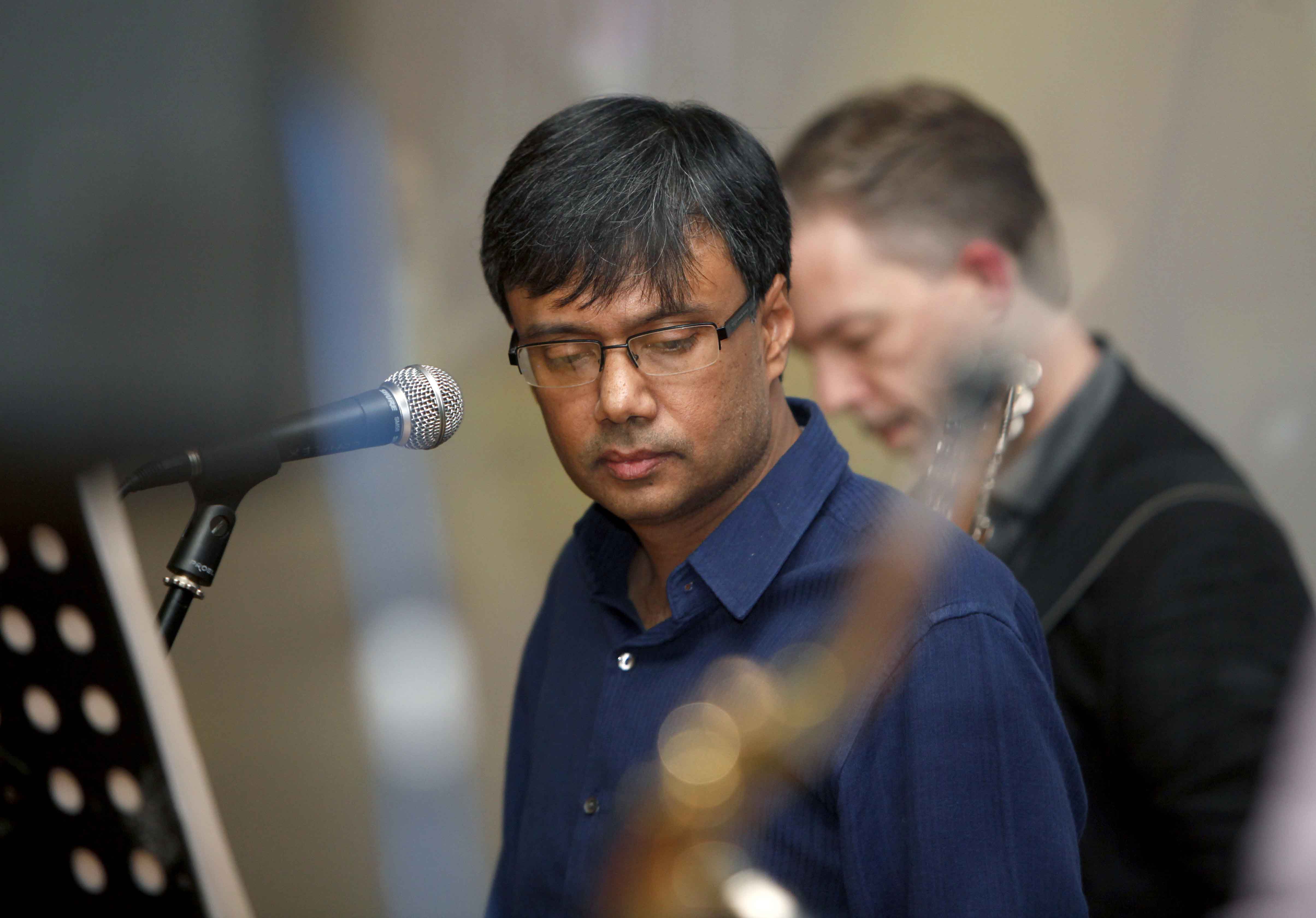 He has been a featured artiste on flagship culture programs on television and radio in the UK, including the Review Show (BBC 2), Late Junction (Radio 3), and Loose Ends (Radio 4). His version of ‘Summertime’ was featured on the BBC 4 television documentary, Gershwin’s Summertime: the Song that Conquered the World, alongside classic versions by Billie Holiday, Janis Joplin, Mahalia Jackson, Miles Davis and Ella Fitzgerald.

He has performed at venues worldwide, including the London Jazz Festival and the Queen Elizabeth Hall at the Southbank Centre, London. In 2019, he gave lecture performances about Hindustani classical music and its relationship to his experiment at Columbia University and Duke University in America.

‘Whoever said Indian ragas and The Beach Boys can’t mix? Sceptical listeners should [listen] as Amit Chaudhuri performs…With his debut album This Is Not Fusion, Chaudhuri fashioned a distinctive sound that resisted easy definition… fantastic Indianised re-imaginings of pop songs.’

‘Only one musician could come up with such a thing – Amit Chaudhuri, the fine novelist-cum-singer whose avowed aim is to come up with interesting juxtapositions of “East” and “West” without the banalities of fusion music – an aim we should all applaud. The results, combining his own ecstatic North Indian classical style with blues riffs, were engaging and unsentimental.’

‘A performer with an original voice… one of the most original composers in the country.’

‘We’re used to intellectual, arty Westerners like David Byrne, Paul Simon or Brian Eno doing fusion; here’s a Calcutta-born equivalent, and as good as any of them.’

A Moment of Mishearing

Classics from the Kunwar Shyam Gharana 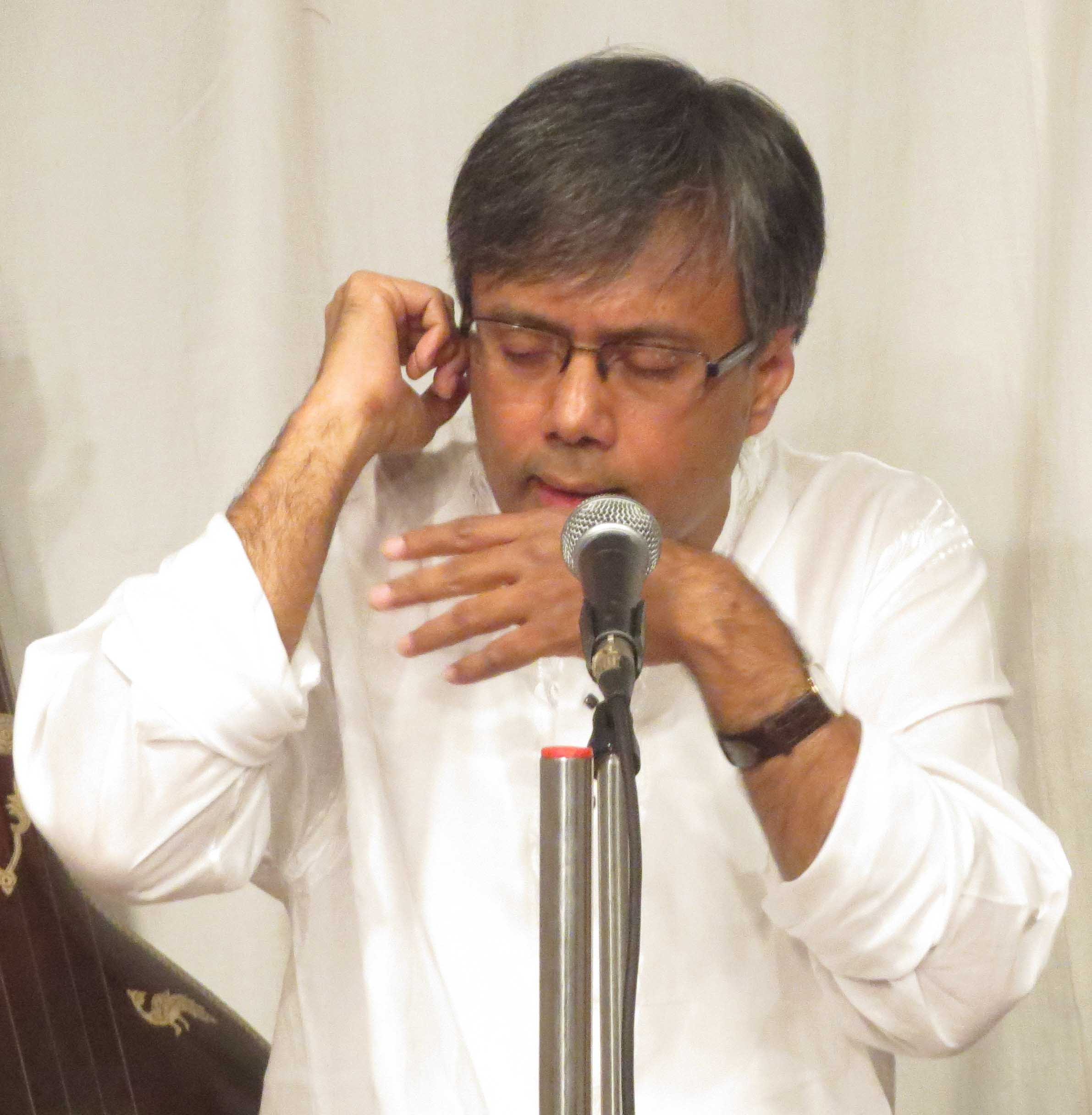 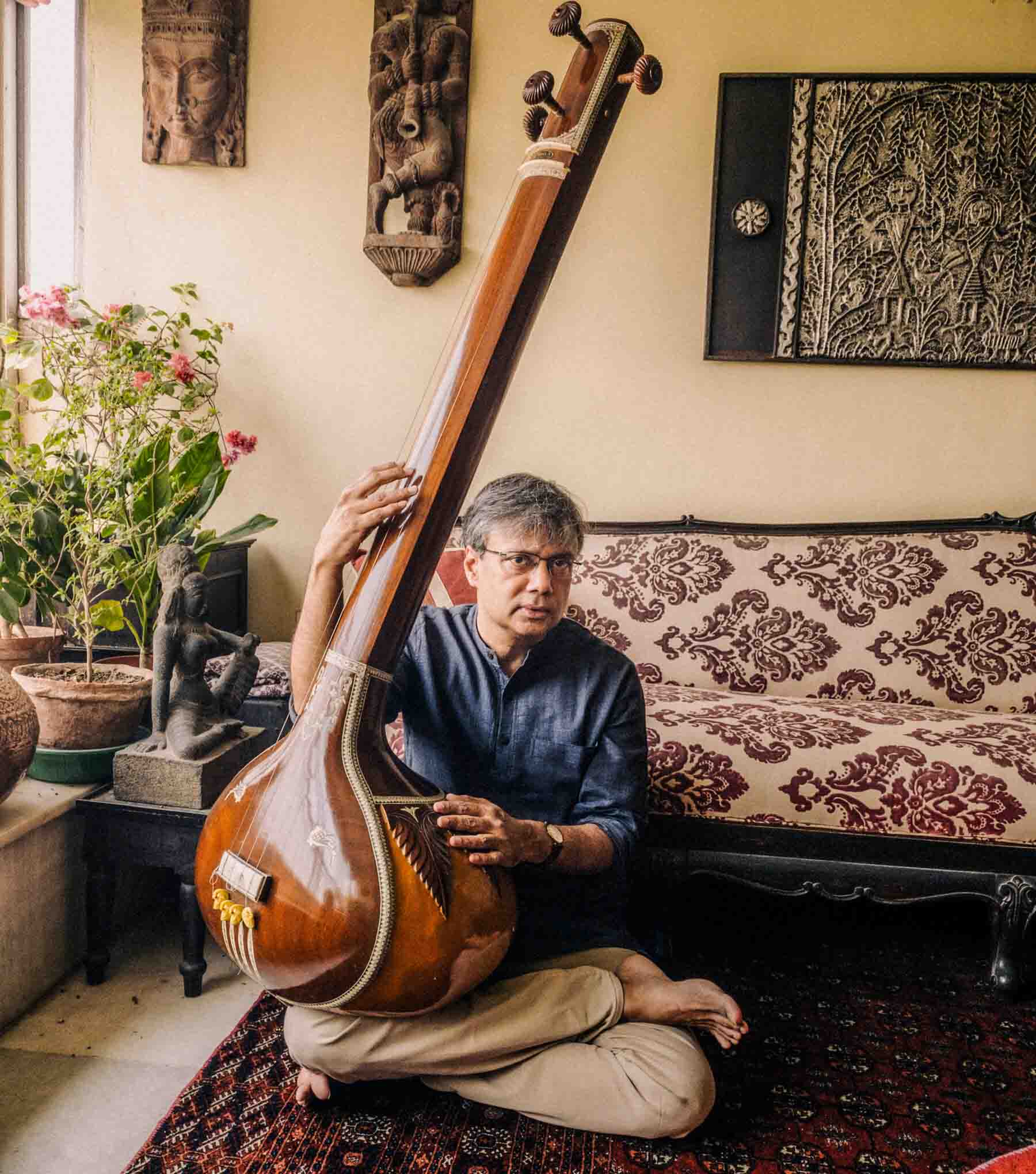 Listen to albums and songs